Early in the morning on Thursday 6th October, Class 3 went to the American Museum in Bath. We went to the museum because we wanted to learn more about the Wild West. We went into three different rooms. Room one was all about the pioneers where we saw muskets and rifles. In the second room there was a big totem pole.  In the third room was my favourite artefact, a big Indian headdress with at least 30 feathers on it.

I was hungry after that, so we had lunch. After we’d eaten we had a run around on the field, the Cowboys chased the Indians.

After lunch we looked at ancient artefacts. We had to guess what the artefacts were and what they were used for.

Eventually it was time to go back to school.

I really liked Class 3’s trip to the American Museum in Bath because it taught me a lot about the Indians and the Pioneers. 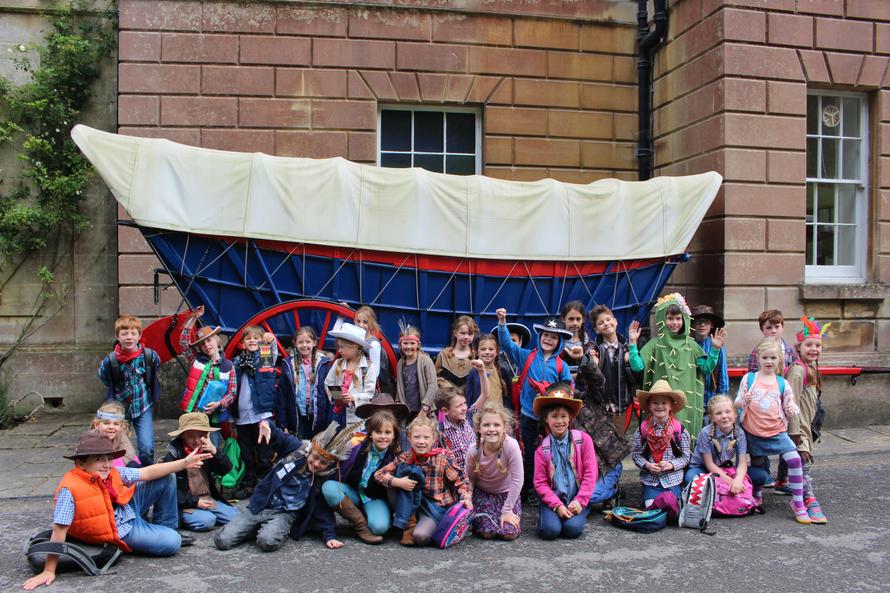